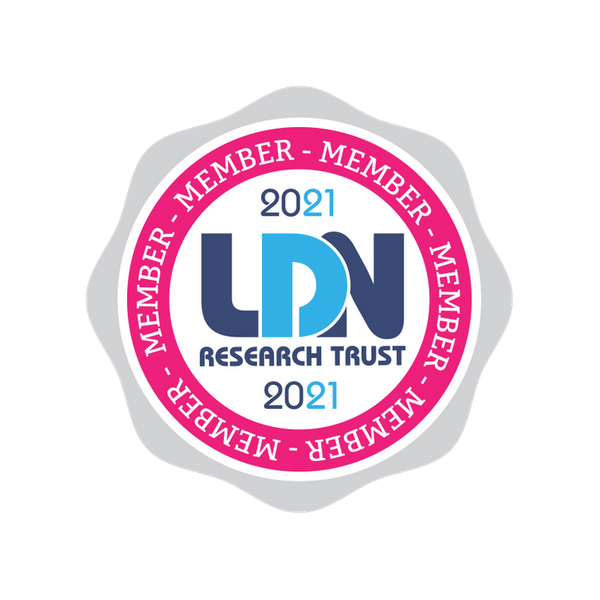 Naltrexone itself was approved by the FDA in 1984 in a 50mg dose for the purpose of helping heroin or opioid addicts, by blocking the effect of such drugs. By blocking opioid receptors, naltrexone also blocks the reception of the opioid hormones that our brain and adrenal glands naturally produce: beta-endorphin and metenkephalin. Many body tissues have receptors for these endorphins and enkephalins, including virtually every cell of the body's immune system.

In 1985, Bernard Bihari, MD, a physician with a clinical practice in New York City, discovered the effects of a much smaller dose of naltrexone (approximately 3mg once a day) on the body's immune system. He found that this low dose, taken at bedtime, was able to enhance a patient's response to infection by HIV, the virus that causes AIDS. [Note: Subsequently, the optimal adult dosage of LDN has been found to be 4.5mg.]

In the mid-1990's, Dr. Bihari found that patients in his practice with cancer (such as lymphoma or pancreatic cancer) could benefit, in some cases dramatically, from LDN. In addition, people who had an autoimmune disease (such as lupus) often showed prompt control of disease activity while taking LDN.

In general, people with diseases that are partially or largely triggered by a deficiency of endorphins (including cancer and autoimmune diseases), or those who are accelerated by a deficiency of endorphins (such as HIV/AIDS), LDN helps restore the body’s normal production of endorphins. LDN works by boosting levels of endorphins (peptides produced in the brain and adrenal glands) that are best known for relieving pain and enhancing your sense of well-being. Endorphins are responsible for the “runner's high” brought on by strenuous exercise. Though most commonly referenced in relation to your mood, endorphins also play a role in pain relief, immune system regulation, cell growth and angiogenesis (the growth of blood vessels that feed a tumor). It also prevents immune system overactivity, which is the crux of autoimmune disorders, and blunts the release of inflammatory and neurotoxic chemicals in the brain. It is through these mechanisms that LDN is thought to exert its profound inhibitory effect on cancer growth.

When you take LDN at bedtime, it attaches to opioid receptors in the brain and in all types of immune cells, which temporarily blocks endorphins from attaching to them. This signals your body to increase endorphin production. The increased endorphin production helps orchestrate the activity of stem cells, macrophages, natural killer cells, T and B cells and other immune cells, hence improving your immune function. It is a pretty well tolerated treatment, but patients do report headaches, insomnia, and vivid dreams that usually improve within a few weeks. If insomnia is a problem, dosage can be changed to morning.

There are many conditions that LDN can be used for. Below are just a few: